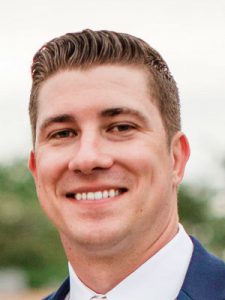 Walter Boasso, Jr. brings a wealth of experience to M&E Partners, having most recently worked at Hilco Industrial, LLC, where he reported directly to Jody Bacqué, the Senior Vice President of Asset Sales. At Hilco, Walter's responsibilities were diverse and critical to the success of the enterprise, preparing him for the opportunity with M&E Partners.

While at Hilco, Walter managed capital asset acquisition and distributions, totaling more than $50 million in value over the course of his time with the company. He also oversaw the proceedings for online auctions of assets, as well as live, on-site auctions, and contributed to the development of opportunities with restructuring officers, bankruptcy trustees, financial institutions, advisory and turnaround professionals, and debtor's counsel.

His duties further took in the analysis and monitoring of opportunities in the distressed market, as well as public bankruptcy filings. In addition to these responsibilities, he developed valuation estimates and sales projections for the company's partners around the globe, in Mexico, Brazil, Canada, China, The Netherlands, and the United Kingdom.

Prior to his crucial personal development at Hilco Industrial, Walter spent five full years at Equipco, a company headquartered in New Orleans, LA. As General Manager of Equipco, he was tasked with the acquisition, enhancement, and disposition of construction equipment and under-utilized assets for a fleet valued at more than $15 million.

In his capacity as General Sales Manager, Walter was responsible for the procurement and maintenance of major accounts, which included sports franchises, municipalities, and general contractors. Another area coming under his direct supervision was the oversight of logistics for the transportation department, including the entire fleet of vehicles.

For much of the time Walter was at Equipco, he concurrently served as Manager of a privately-owned fishery research company called Aqua Green in Perkinston, MS. There he frequently coordinated research projects with state legislators, marine resources, scientists, and biologists, and oversaw the enhancement of stocking processes for local fisheries. Administratively, he also managed inventory control, personnel management, budget tracking, and the planning, scheduling, and monitoring of marine and terrestrial grant projects.

Prior to embarking on his professional business career, Walter graduated from Louisiana State University, and before that, he attended Holy Cross High School in New Orleans, LA.