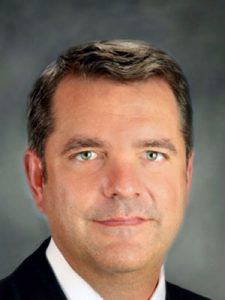 Jody E. Bacqué brings 25 years of business acumen to his role as President of M&E Partners, having worked most recently as Senior Vice President of Asset Sales with Hilco Industrial, LLC. Jody accumulated business expertise anchored in the sourcing and structuring of opportunities primarily in the Energy, Construction and Transportation segments. He executed initiatives designed to enhance visibility for companies looking to maximize their return on under-utilized assets. In his brief history at Hilco Industrial, he secured some of the highest profile deals and expanded the sector footprint to include Marine, Seismic, Sub-Sea Well Intervention, and Mining.

Having a keen understanding of the value of business assets, both tangible and intangible, has allowed Jody to excel in capital asset acquisition and disposition. He has specific expertise in structuring customized transactions to maximize value through private treaty sales, auction platforms, or principal purchases. Since the clientele served is broadly diverse, including private equity firms, hedge funds, lenders, trustees, and receivers, it requires an intimate knowledge of each of those industries, and their respective outlets for tangible returns. Jody has established powerful relationships with business leaders, strategic operators, and end-users in various sectors on a global basis. Each of these industry experts provides critical insight for assets such as machinery and equipment, industrial inventory, manufacturing, real estate, consumer products, accounts receivable, and intellectual properties.

After graduating from Louisiana State University, the home of the Tigers, Jody E. Bacqué quickly distinguished himself as North America’s top salesman for Bobcat corporation. Selected to the prestigious Performance Council for nine consecutive years, Jody set historical benchmark records for market share, revenue generation, and sales volume. He served on numerous product panels for prototype development, and as a leaner form of his current self, Jody is featured in company-branded literature.

In 2003, Jody began his career in management, assuming the role of Division Manager at Beard Equipment Co. Beard Equipment is one of the top performing dealerships for John Deere Construction, Golf and Turf, and Forestry outlets in the United States. In the early stages at Beard, Jody achieved unprecedented growth for sales volume, revenue, and margin retention. He expanded the sales territory with multiple new branches and developed a sales force which consistently ranked in the top 2% nationwide. Jody had numerous responsibilities, including the establishment of training, compensation, and incentive programs, and the development of pricing policies for the company. He also conducted management appraisals, external training seminars, and hosted manufacturer-sponsored events. In 2010, Jody embarked on a solo career as a consultant and secured a position in a turnaround opportunity with Equipco. Equipco was a privately-held construction rental company with insolvency issues, based in New Orleans, LA. During his tenure with Equipco, Jody oversaw the addition of new branch locations and served as a liaison between internal company officers and external partners and clients.